The Poltergeist Curse and the Destruction of my Childhood

Ghoulish greetings! Is there anything better than a good scare? For some reason, The Poltergeist has always been the movie that got to me. I remember coming across this movie on TV when I was a little girl and being absolutely horrified. I was too scared to watch more than a few minutes of it, but I was also intrigued. That is probably why I grew up to be the horror fanatic that you see today. Two words haunted me- "they're here."

As an only child who was constantly in front of a TV set, this scene really did it for me.

As I mentioned in a previous post, I grew up religious. It wasn't a casual type of religious upbringing- it was the kind that made movies like The Exorcist and Poltergeist seem like very real possibilities. Even though I am an adult (allegedly) now and my beliefs have changed, there will still always be a part of me that is terrorized by the idea of demons and possession. Thankfully, I have embraced that side and learned to enjoy the fear.

Poor little Carol Ann. Her parents seemed like moderate types, so they had no idea of the mortal peril her soul was facing when "The Beast" first reared its ugly, demonic head. No, The Gipper can't save you now. This isn't Communism- this is SATAN!

By far my favorite character is the adorable little combination of sweetness, sass and creepiness, psychic Tangina Barrons. No one else could have played this part like Zelda Rubinstein! She was such a ferocious little woman. 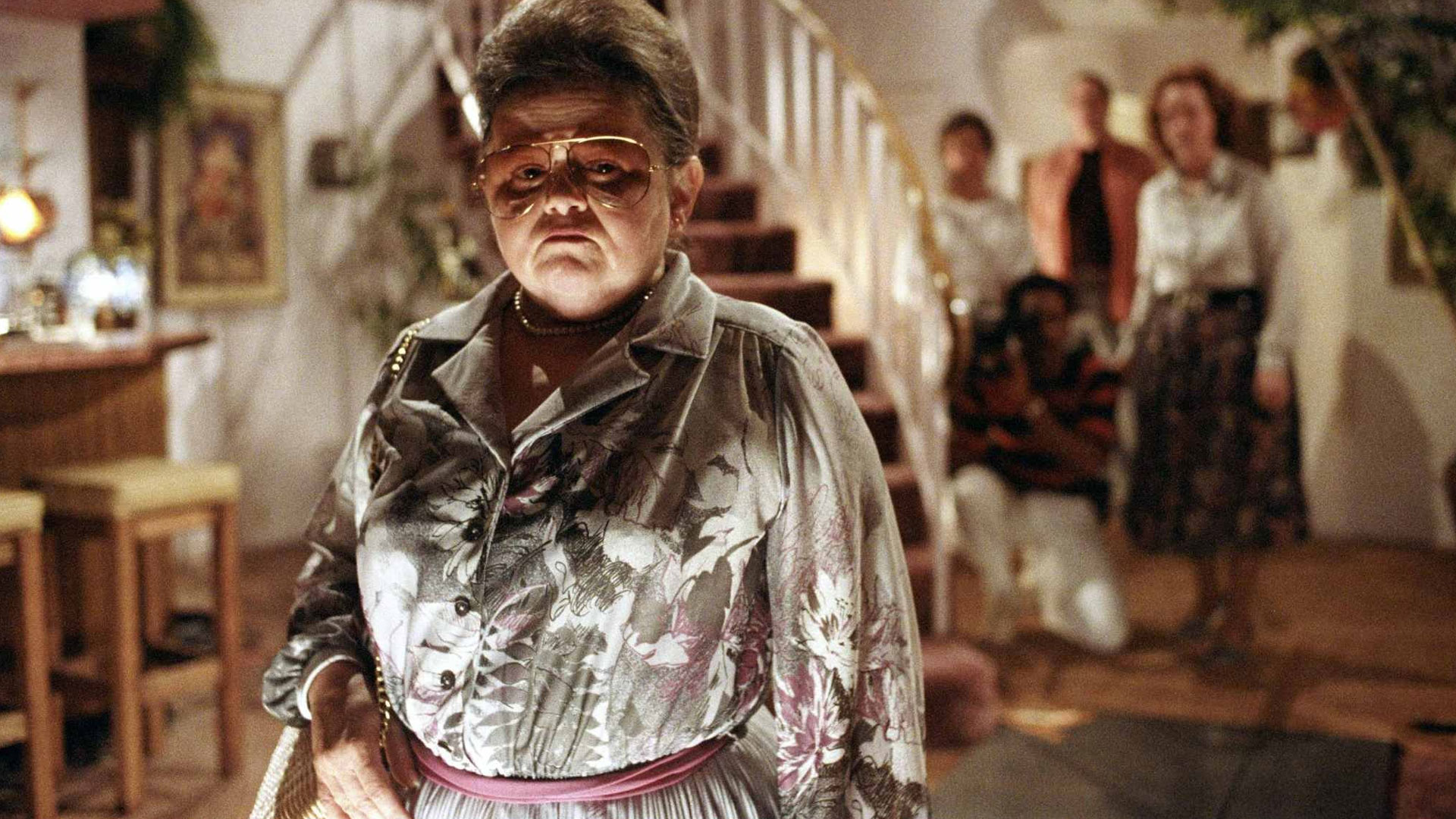 If you haven't seen this movie, what have you been doing with your life? I'm not sure whether it's because I overcame my childhood fear by watching it or whether it really is as good as I think it is, but It's a top 5 movie for me. If the acting were bad in the film, it really could have been one of the stupidest movies of all time. I guess that's true with most horror, though, isn't it?

If you haven't read about The Poltergeist Curse, please do so before your next viewing. I also overheard my parents talking about this at some point and it added to the horror of the film for me. I truly thought that the actors had been possessed by Satan and were being picked off one by one because they dared participate in a Satanic film. Ah, the innocence of youth... sweet memories.